It has been a while since I have done a review on any fitness trackers or smartwatches. The main reason being that the changes from year-to-year weren’t that significant. Small, incremental upgrades didn’t make a big difference from one year to the next, but technology and some great budget friendly fitness trackers and smartwatches are here!

A much loved featured of the Galaxy watch is the rotating bezel, which in unfortunately gone in 2022, to the disapproval of many. I think Samsung made a mistake that they’ll regret. A big selling feature of the Galaxy watch was its rotating bezel. It made the watch feel more premium, and it was useful. Maybe they’ll bring in back in the future if sales are disappointing. We’ll see.

The Pixel Watch from Google is one that I’ve been waiting for. It’s the first watch directly from Google that will likely launch with the release of the Pixel 7 phone. While Google owns Fitbit, we haven’t seen much evidence of that in Fitbit watches. Fitbit still feels like Fitbit, but the Pixel Watch will likely reflect Google’s innovation and smarts, at least I’m hoping. The only thing that concerns me is battery life, because WearOS, also owned by Google, isn’t exactly known for great battery life. To be fair, the Apple Watch isn’t known for awesome battery life, either.

It will be interesting to see how smart the Pixel Watch is, how will it compare to the Apple Watch, and will it be more fitness centric or more smartwatch?

Of course, Apple will be releasing their newest version of the Apple Watch very soon. It will be the Series 8 and rumors are that there will be a pro version, similar to Samsung’s pro watch. It, too, will be a larger and more robust watch for the outdoor enthusiast, or for those just wanting a watch with possibly better battery life.

I’m still rocking my Apple Watch Series 5, because I didn’t feel compelled to upgrade. That’s not such a bad thing, though. The watch has always worked flawlessly. My chief complaints are battery life, and not the best fitness features, compared to Garmin or even Samsung.

A temperature sensor may be new on the Series 8, and it may have a slightly larger display, and a possible low-power mode to improve battery life. We’ll find it in early September.

I’m a fan of budget friendly smartwatches and fitness trackers. I’m always to find good ones, and Amazfit is a great place to look. Amazfit has several models, which can be confusing when trying to choose the right one. Luckily, they’re all more affordable, compared to Apple, Fitbit, Garmin and Samsung.

Currently, I’m trying out the Amazfit Band 7 Pro, and I’m loving it. The simplicity, the comfortable size, a colorful screen, accurate tracking, and the price tag are all things to love. If you’re looking for an affordable fitness tracker that works with good battery life, check it out. I’ll be posting the full review very soon.

While the Xiaomi Smart Band 7 Pro isn’t readily available in the United States yet, I managed to get my hands on one, and one is on my wrist as I type this. It’s very similar to the Amazfit Band 7 Pro, but with built-in GPS, a larger display and a more fancy look to it. You’ll find a lot of similarities between Amazfit and Xiaomi because they’re built by the same company, but there are some differences worth noting, and I will share what those are in a comparison review. 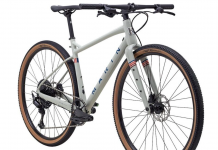 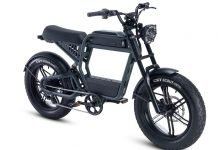