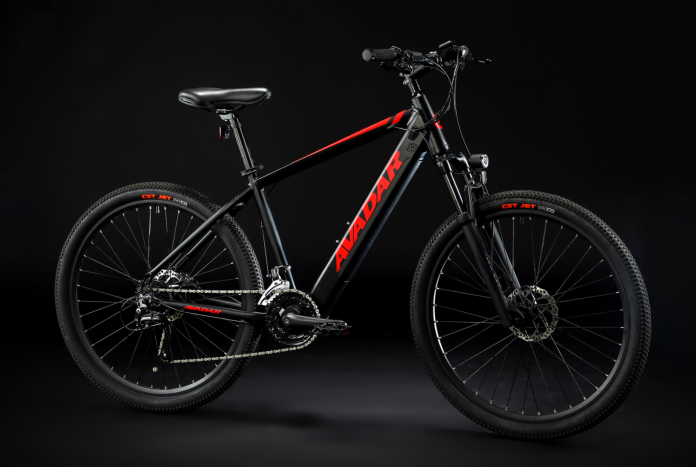 While the riding season is coming to an end for much of the country, it’s still a busy time for me, reviewing some new electric bikes. I might just have to review some of them in the cold and snow here in Illinois, but I can tough it out. Three bikes will soon be here for me to test out, and they are the KBO Ranger, the Avadar C3 from a new company, and one that caught my eye on Amazon, a folding electric bike from Zhengbu.

These are three very different styles of ebikes, and I look forward to experiencing how each handles and performs.

The KBO Ranger is KBO’s first electric cargo bike. I wrote about it a few weeks ago, and I wanted to review it because it’s different than many of the electric cargo bikes available today. It’s smaller than the popular RadWagon from Rad Power Bikes. It terms of size, it reminds me more of a Tern GSD or HSD. It’s about 10″ shorter than the RadWagon 4, has a larger capacity battery (48 volt 17 Ah compared to Rad’s 48 volt 14 Ah), sits lower to the ground with 20″ wheels (compared to Rad’s custom 22″ wheels), and is about $300 cheaper. The Ranger is still just as heavy as the RadWagon, but the shorter length should make it a little easier to handle. I’ll soon be finding out and comparing against the RadWagon 4 in range and performance testing.

Avadar is a new ebike company, and they reached out to me to review their first model, the C3. This is a multi-sensor mid-drive electric bike with 80 Nm of torque, a rare for an ebike 2×8 (16-speed) transmission, torque sensor, color LCD display and hydraulic disc brakes for a little less than $2000. It is available in two frame sizes and as either a sport or city package. The city comes with fenders and a rear rack and adds a few hundred dollars more to the price. The CS looks like a great ebike for pedaling enthusiasts, and I’ll be trying it out in a couple of days.

I’ll have the full specs soon.

And finally, an ebike that I wanted to test out because I haven’t seen anything exactly like it. It’s from Zhengbu. The frame style is similar to the Jupiter Bike X5 and the Swagtron EB7 available on Amazon, but with a different folding mechanism and and added front suspension. It’s also a 48-volt system with a 400 watt motor and 48 volt 10 Ah battery for a range of about 25 miles using throttle alone and more using pedal assist.

The top speed using throttle is reported to be about 25 mph. It also has a lithium-ion graphene battery, and is one of the first ebikes available in the US to feature one. The frame and wheels are made of magnesium, which helps it support a payload capacity of up to 330 pounds. The bike weight is listed at about 40 pounds, but I’ll be weighing it to get a more precise measurement.

The bike is available on Amazon at the time of this writing. I look forward to testing it out, as I’ve found similar frames to be very comfortable to ride due to the rear suspension. With the added front suspension, I’m expecting a super comfortable ride. And with a 48-volt system it should also be a little rocket with plenty of range.

I like these style frames for folding ebikes because they are comfortable, but they’re also lighter and more practical for a folding bike. I’ll be tossing it in the back of my car and seeing just how practical it is.