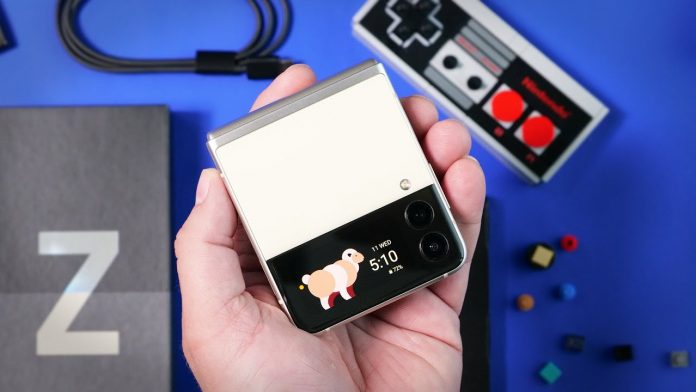 It’s been a long time since I’ve been excited about a smartphone. Every year it just seems the only differences are more and more camera lenses, and higher and higher prices. It’s also been a very long time since I’ve held a flip phone. That would have been maybe the early 2000s, I’m guessing. But Samsung’s new version of their Flip3 lured me in like a catfish to a worm.

Last week, Samsung announced their new products, including improvements to their Fold smartphone, new versions of their Galaxy smartwatches, and the Galaxy Z Flip3 5G. I also have a Galaxy Watch 4 coming, and I’m looking forward to testing it out thoroughly.

I was a Samsung user in the past, but three years ago I switched to Apple. I have no complaints about my iPhone(s). They have worked flawlessly. Samsung and Apple both make very good products. I’m not here to argue which is better, but Apple doesn’t have a flip phone (yet), and Samsung does!

I work in a hospital and wear scrubs with small pockets, so a big phone just won’t do. I thought the Apple 12 Mini would be the best solution, so I upgraded to it about two months ago. It does fit kinda, but the small screen leaves a little to be desired sometimes. Don’t get me wrong, because it’s a great phone, but I haven’t been blown away by it. Honestly, I miss the screen size of my iPhone XR, but I need a smaller phone to fit in a pocket. Enter the Flip3.

Folding phones have grabbed my attention in the past, but their less than stellar displays, marred by creases that sometimes cracked, scared me off. Their prices also scared me away!

The Fold 3 is priced at $999 for the 128 GB version and $1049 for the 258 GB version. Yeah, they’re not cheap, but Samsung has a very generous trade-in program. I traded in an old Google Pixel 3a and received a $250 credit towards the price of the phone. I also traded in my Galaxy Active 2 smartwatch and got a great deal on the newest version.

The trade-in program is great for saving money, but I also appreciate that my still perfectly functioning electronic devices aren’t going to go to waste or in a landfill, or at least I hope they’re not. I’m a big fan of sustainability and recycling.

So what’s so great about the Flip3? The most important feature of the Flip3 is that it folds! Most other phones don’t do that, without cracking in half. By it being folded, it’s practical to carry in a pocket. In its unfolded state, it has the large screen most people prefer from a smartphone. So, I don’t feel like I’m sacrificing anything. I won’t have to carry a huge phone that weighs down my pockets, or have to settle for a small phone that feels like a downgrade.

The glass and protective film of the display has been upgraded, and the phone now has a water resistance rating, so you don’t have to worry about accidental spills. It doesn’t have a dust rating, though, so you’ll want to make sure to keep the screen clean of sand or other abrasive substances. I baby my phones, so I don’t worry too much, but I did purchase the extra warranty for accidental damage. I want to make sure the screen does well at the fold.

Another practical feature of the Flip3 is that you can take selfies with the better quality front camera. The Flip3 has a much larger front display that is big enough to see yourself in when snapping a photo or taking a video. This is an upgrade from previous versions.

Well, I’ll let the video below introduce the phone. I’ll be receiving the Flip3 and the Galaxy Watch 4 at the end of August, and I’ll share my impressions of them both, as a consumer. I’ll be leaving the Apple ecosystem and stepping back into the Android jungle. Luckily, the Flip3 has friendly critters to welcome me back. You may have to watch the video below to understand what I’m talking about.

And here’s a video on the new Galaxy watches from The Verge.