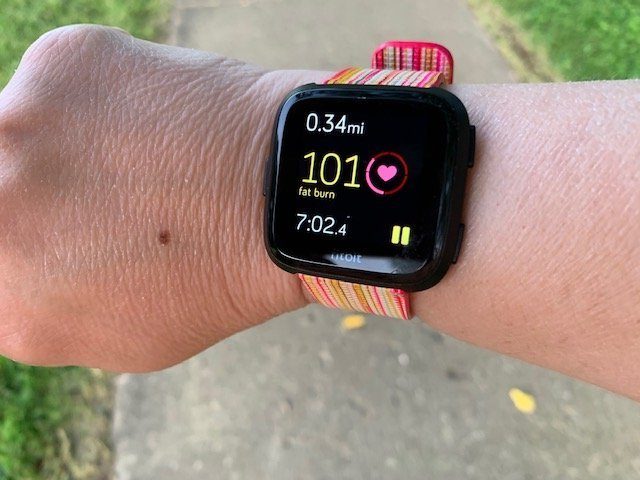 Just a heads up that Fitbit is offering some good discounts on many of their most popular fitness trackers. July is usually a good time of the year to save on smartwatches and fitness trackers since many retailers offer good discounts during the slow summer sales season. Sale prices on Amazon are current as of July 8, 2019 and subject to change.

The Fitbit Ionic is currently $199 for a savings of $50 off the usual $249 price. This is Fitbit’s smartwatch/fitness tracker with built-in GPS (you can leave your phone behind when running to track distances), Fitbit Pay, sleep tracking, onboard music storage, support for Pandora music streaming, has FitbitOS for downloading apps and more.

The Fitbit Versa is currently $169 for a savings of $30 off the usual $199 price tag. The Versa, like the Ionic, features FitbitOS for apps. You can download new watchfaces, news and weather apps, navigational apps, and more. The standard and Special Edition Versa also has music storage and support for Pandora. The Special Edition Versa supports Fitbit Pay and is also $30 off its usual price. Both versions have connected GPS, support for swimming, notifications and more.

The Fitbit Charge 3 is currently $119.95 marked down $30 from $149.95. The Charge 3 supports swimming, running, yoga, circuit training and about a dozen other activities. You’ll also get connected GPS and Fitbit’s advanced sleep tracking. The Fitbit Charge has been Fitbit’s most popular tracker and features the traditional bracelet style tracker many are accustomed to. The Special Edition Charge 3 supports Fitbit Pay.