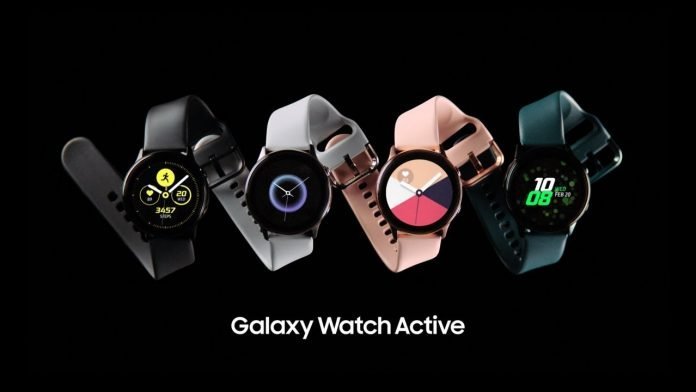 My ears always perk up when I hear that Samsung is releasing another new wearable device. After all it was the Samsung Gear Fit that first turned me on to smartwatches and all the possibilities that would eventually follow, namely medical uses. The new Samsung Galaxy Watch Active announced on February 20th, 2019 and shipping on March 8th, is the first major smartwatch maker to take on blood pressure and it will be interesting to see how it goes.

Blood pressure monitoring will be in beta at first, meaning that it’s still in a testing phase but it’s definitely a feature I’ve been waiting to see on either an Apple or Samsung smartwatch.

Apple has ECG testing for Afib on the Series 4 but hasn’t delved into blood pressure testing yet and considering far more people have high blood pressure than Afib, blood pressure monitoring is a great feature to have for millions of people — if it works correctly.

On that note, we’ll just have to wait and see.

Samsung also states that the Galaxy Watch Active will be able to detect heart rate abnormalities. I’m not sure what exactly this means yet but I’ll be writing more about it as I learn more.

The Galaxy Active is running Samsung’s Tizen operating system which I’ve always found superior to Wear OS in that it’s less of a battery hog and very intuitive to use.

The watch is available in four different colors: black, rose gold, silver, and green. The case is made of aluminum so it is very lightweight and should be comfortable on the wrist. One of my complaints of the Gear Sport was that it was a little heavy on my wrist and for a watch you’re going to be working out in and wearing while sleeping, lighter is better.

It doesn’t look like it has a mic or speaker but I haven’t confirmed that yet. Check back on March 8th when I get my hands on one of these!

As a pre-order you’ll get a free wireless charging pad worth about $60, so that’s a nice little incentive.

Below is the promo video from Samsung. Check back for much more details on the Galaxy Watch Active.