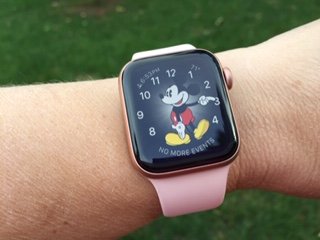 Trying to decide between the 44 and 40 mm Apple Watch Series 4?  You’re not alone.  It’s not as easy as a decision as one would think it to be, especially if you’re buying online.

Since the Apple Watch is a fairly major investment and probably a watch you’re going to be wearing for the next couple of years, you’ll want to get it right.

The Apple Watch Series 3 came in 42 mm and 38 mm sizes.  So if you felt the 42 was too big on your wrist but the 38 was too small then your decision is probably fairly easy.  The 40 mm should hit the spot.

For others, and those of us who have never owned or worn an Apple Watch, the choice may not be so obvious.  Trying both on would be the best thing to do but some of us don’t live close to an Apple Store.  The nearest one to where I live is nearly 3 hours away.

So, I shared a couple photos of some watches that I have reviewed and own (and have pictures of on my wrist) and size comparisons to hopefully give you a better idea which size of the Apple Watch you’ll be most happy with long term.

Yeah, I think anything bigger than 40 mm would be too big for my wrist and b.t.w, my wrist measures about 6.5 inches, so hopefully that helps with your decision. I think the 44 mm version would simply be too large on my wrist, although I would love a large screen.

Besides choosing the size for the most practical fit, there are other differences between the two sizes.

The display size of the 44 mm Apple Watch is 448 x 368 pixels while the display size of the 40 mm watch is 394 x 294.  So it’s not a tremendous difference and since both feature Retina Display screens, which means that the human eye will not be able to detect pixelation on either watch from a normal viewing distance.  The text and images are going to look very crisp and saturated on both but the text on the 44 mm will appear a little bigger.

I chose the gold version since I already have black watches, although I really liked the looks of the black Apple Watch too.  Selecting the color wasn’t an easy decision either!

UPDATE (September 21, 2018): I have the watch!  Below are pics of the 40 mm in gold.  The gold has more of a rose gold look to it than a yellow gold which I happen to like.  It matches my wedding ring.

Actually, I think I could have gone with the 44 mm and it wouldn’t have been too big on my wrist.  That larger screen would be better for viewing maps when I’m hiking but I think the 40 mm looks classier on my wrist.  With a metal watch band it’ll really look nice.

Much, much more on the Apple Watch 4 later!  I’m going to be going hiking this weekend and test out the GPS and other features. 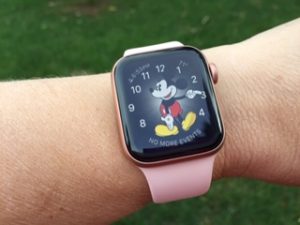 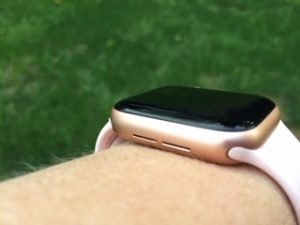 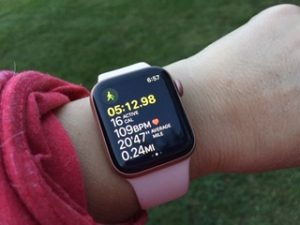 And here are photos of the Apple Watch Series 4 with a third-party metal band: 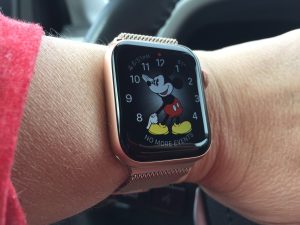 In the review, I’ll have photos comparing it to the Fitbit Versa and several other watches.  So far, I’ve found the watch to be the right size for my wrist and very comfortable to wear. 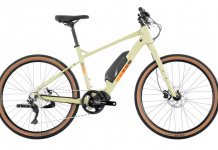 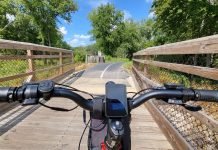 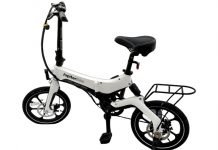