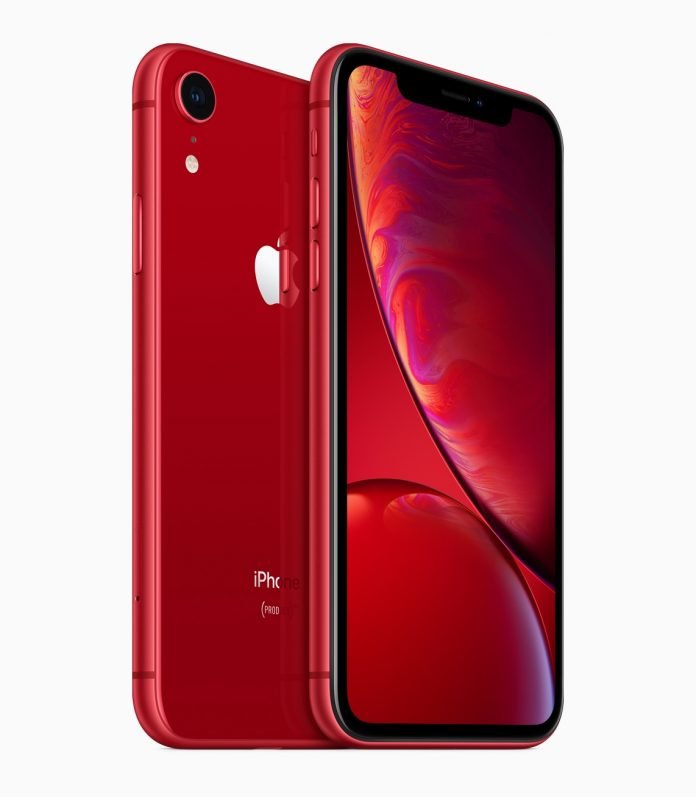 Okay, so I’m in the market for an iPhone.  I’ve been a loyal Samsung customer since, well, since there were things called smartphones.  I’m still a big supporter of Samsung and will be hanging on to my trusty Galaxy S7 to test with smartwatches and fitness trackers but I need an iPhone to test the Apple Watch and I’m already invested in the Apple ecosystem with my 2012 MacBook Pro and my first generation iPod and iPad from several years ago.  I already have a library of music and videos on iTunes so making the switch isn’t going to be a big ordeal for me.

What is a big deal is choosing the right iPhone for my wants and needs.  Below are my own must-have features.

and I’ll add #7 too as it needs to be able to fit in a pocket, and not a kangaroo’s pocket but a normal-sized pocket because it’s not always practical to carry a purse.

So with that said, I can rule out the iPhone 8 Plus even though I think it checks off everything on my list, except for it just being too big for my needs.

The iPhone XS checks off everything on my list except for my budget.  It’s just too expensive.  Starting at $999 for the base model and then adding in taxes and AppleCare™ which I would definitely want to purchase on a $1000 item, it’s getting very close to the $1300 price point. For me that’s just too much.

So, it looks like I’m going to have to compromise a bit on my list. That means taking a look at older iPhone models or the new iPhone XR.

I think a lot of people are going to be looking at the XR as well because, while not a budget-friendly phone, is more in reach for more of us.  Plus, to be honest, I just think the iPhone XR is so dang cute but looks are subjective.

According to Apple, the 8-core design of the XR A12 chip allows it to “complete 5 trillion operations per second compared to 600 billion in A11 Bionic.”  This kind of computing power allows for advanced capabilities such as machine learning.  While this probably doesn’t mean much to us as consumers it’s a big deal for developers.

Because of the improved chip and processing power the XR also has an improved battery life over the 8 Plus, gaining 1 1/2 hours.

With the A12 bionic chip and Neural Engine (yeah I’m not really sure what these things are either but they’re important), photography and video editing should be enhanced with the XR, as they are with the XS and XS Max.

Since my number one requirement in a smartphone is a great camera, I looked over the camera specs for the iPhone XR very closely and was happy to discover that it offers a lot.

While the iPhone XR only offers a single camera lens, the rest of the specs are pretty much on par with the other X models.

And you’re still going to get that bokeh effect which is attractive for portraits or taking photographs of well any object in the picture you want to focus attention on.

Smart HDR is also touting improved detail for brighter and darker subjects in a photograph.

These are all pretty much the same features as the pricier X models, so you’re still getting a lot with the XR’s camera. 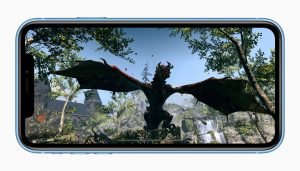 The XR also features FaceID which allows the phone owner to unlock the phone with facial recognition while the 8 Plus using Touch ID (fingerprints).

I can safely rule out the smaller iPhone 8 because its 4.7″ display is just too small for my taste and I don’t want to get an even older iPhone although you can save a lot of money that way and still get a very good phone. I’m just a tech geek that has to have the good stuff!

So that leaves me choosing between the larger iPhone 8 Plus which will give me the dual cameras, or the XS that will stretch my budget more than I like, or the XR which I still have some questions about.

Below are some specs for each model for comparison.

While I wish the iPhone XR had dual cameras I think it’s still going to produce very good quality photos, probably on par with what I’m accustomed to with the Galaxy S7 which takes very good photos with its’ single camera.  The only thing that really concerns me is the display.

Coming from a Samsung Galaxy, which his known for their high quality displays, it may be a bit of shock to view a screen featuring 326 ppi (pixel per square inch) compared to the Galaxy S7 which has 535 ppi. Samsung displays are gorgeous screens.  I’m spoiled and the newer Galaxy models are even better.

Then again, 326 ppi isn’t shabby.  It’s not like it’s going to look like my first generation iPad or iPod’s screen.

I have to admit, I just liked the iPhone XR the first time I saw it.  I watched a YouTube video of someone showing it after Apple’s keynote event and the guy wasn’t a fan of the coral color and I’m not sure why because I really liked it, although I liked the red version the most.  Hey, it’s red and shiny.  I’m such a sucker for anything red and shiny.

But I don’t want to make a choice based upon looks only.  While my first car was red and shiny, and still by far my most beloved vehicle (may it rust in peace), it left a lot to be desired under the hood and left me stranded along the road more than once.  So, I don’t want to make a decision based upon something I think is cute and find out the screen resembles a colorized version of an Etch-n-Sketch.

Okay, I’m pretty sure the XR’s display is way better than an Etch-n-Sketch but I really want to see it in person to calm my fears.  However, I have seen the XR on YouTube and the screen of the XR looks good to me with rich colors and crisp text.  I think it’ll be fine.

The XR has a premium build quality.  This isn’t a cheap, plastically feeling phone.  Apple is claiming that the front glass is the “most durable” of any smartphone “ever”.  The casing of the phone is made of 7000 series aerospace-grade aluminum and the back is composed of glass for wireless charging capabilities.

Personally, I think the XR is a very good option for most people.  If you’re budget allows for the pricier X models then I don’t think you’ll go wrong with them but I don’t think users will be disappointed by the performance of the XR.

And for those of us where budget does matter (like the vast majority of us) then taking a good look at the XR is a very good idea if you’re looking to upgrade or switch.  At least Apple is offering a quality phone at a price more people can afford and it’s offered in red!

It’ll be a few weeks before I can get my hands on the iPhone XR since it won’t be available for pre-order until October 19th.  That also means that I won’t be able to review the Apple Watch until October too, unless I borrow my daughter’s iPhone X.

Well, at least I’ll have time to save some money.