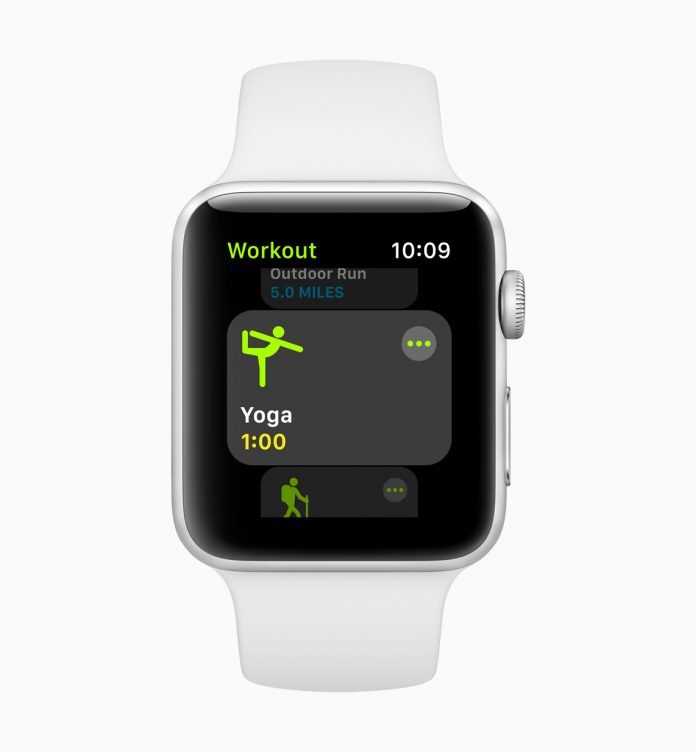 The Apple Watch is still the most popular smartwatch on the market and all eyes in the wearable tech industry, and geeks like me that dig wearable tech, are always on Apple to see what they’re up to.

It turns out Apple poured a lot into the upcoming Watch iOS 5.  It’s not your standard update that does a little tweaking here and there.  Instead, there will be improved fitness tracking and added workouts such as hiking and yoga.  With hiking you’ll be able to see your elevation and get credit for climbing those hills with better calorie burn estimates.

The running workout will also have improved metrics and features.  The most notable is pace.  You’ll be able to set a target pace and the Apple Watch will be able to keep you informed if you’re keeping up.

Fitness competitions with a friend (or foe) will also be enabled.

Another improvement is automatic workout detection.  Apple will notify you that it is aware that you are physically active and ask if you want to start a workout and you’ll also get credit for all those minutes that it detected your activity before you assigned the correct workout.

A problem with workout detection on other watches I’ve tried is that they’re not always right in guessing what workout or activity I’m actually doing.  For example, when I’m push mowing the lawn every watch I’ve tried with automatic workout detection thinks I’m riding a bike.  So, I think this is a better way of going about it to ensure the current workout is chosen so that calorie burn and other metrics are more accurate.

The Apple Podcast app is also coming to the Apple Watch with iOS 5.  You’ll be able to stream podcasts by using Siri.

We’ll have to wait and see how well the walkie-talkie feature works in real life but it looks to be a useful feature.  To me it’s a bit like voice text messages which could come in handy during specific situations.

There’s a few other new features and you can read through all of them here but these are the most notable in my opinion.

The update will be free and available to Apple Watch Series 1, Series 2, and Series 3.  It’s not compatible with the first generation Apple Watch and also requires iPhone 5s or later with iOS 12 or later.