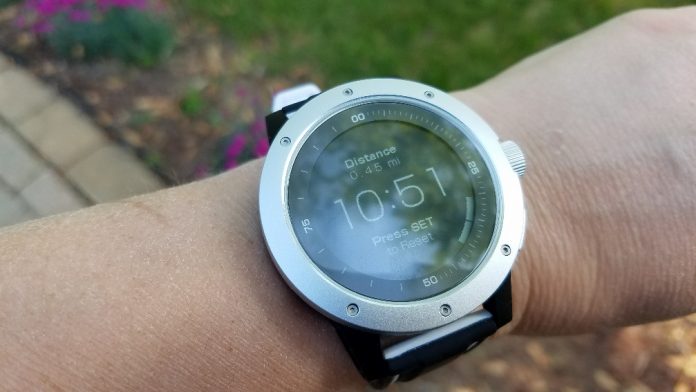 After several months of owning the Matrix Powerwatch, I’m finally officially testing it.  The Powerwatch is brand new on the market and different in that it uses your body to recharge it and calculate how many calories you’ve burned.

It was partially crowdfunded on Indiegogo and over the past 6 months or so Matrix Industries has been tweaking the firmware of the device to improve step counting, calorie burn estimates, and enabling automatic sleep tracking.

The only feature left to unleash is more watch faces.  Right now, it only has one to choose from.  The other watchfaces are promised to show more details such as how much power my body is generating to charge the watch.

I’ve been holding out for that update but I decided to go ahead and start testing the feature I’m most interested in and that is estimated calorie burn because that’s what attracted me to the watch in first place.

No other fitness tracker uses the same type of algorithm to estimate how many calories are burned during an activity, since the Powerwatch touts to use body heat (energy).

Right now, the only activities it will track are walking and running and then how many calories you’ve burned throughout the day during your daily routine.  There will be much more about that in the review.

I’ll be doing very specific workouts on the treadmill where I can control conditions better such as speed and incline to see how close the Powerwatch comes to my calculations.

For future distance tests, I’ll compare the Powerwatch versus a handheld GPS device since it would presumably be the most accurate way for me to measure distance.

So the Powerwatch estimated that I burned 37 calories during my walk and went a distance of .46 miles, while the Gear Sport estimated I burned 44 calories and walked .49 miles.

Not a huge difference, so that’s good!  Of course, I’ll need to put through Powerwatch the longer tests.

You should be able to expect my full review of the Powerwatch during the first week of June.  I sure hope they get that last firmware/app update pushed out with the watchfaces before then. 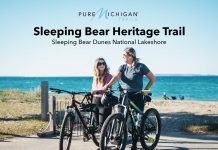