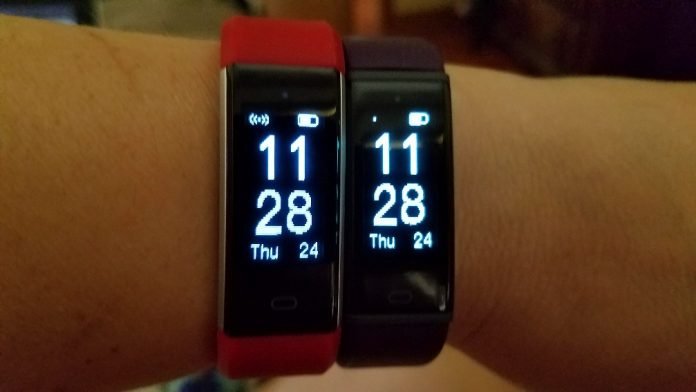 Two fitness trackers always high in Amazon’s product listings for both popularity and ratings are the Letscom and Lintelek Fitness/Activity Trackers.  They’re both similarly priced (very affordable) and have identical features, so I put them head-to-head against each other to see if there are any performance differences. 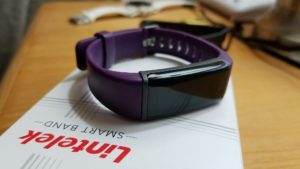 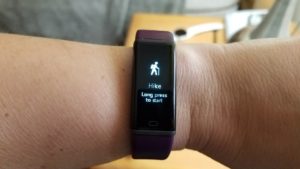 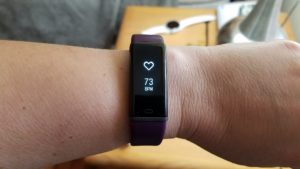 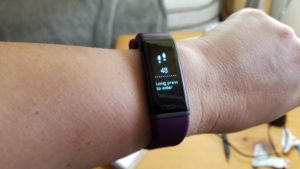 I reviewed the Lintelek (pictured above) a few months ago but I decided to put it through many of the same exact tests at the same time as the Letscom to get a clearer comparison between the two, and to also refresh my memory of how well the Lintelek works.

As far as features go, both are multi-sport fitness trackers and support connected GPS.  Both charge by plugging them directly into a USB port, either on a computer or any other USB charging dock and both support 14 different sports modes, although only 3 of those can be displayed on the watch menu at any given time.

Activities Supported by the Lintelek and Letscom Fitness Trackers (You can select 3 to be on the watch):

Lintelek (View on Amazon) and Letscom (View on Amazon) also use the same mobile app called VeryFitPro.  It’s actually not a bad app for budget devices and both fitness trackers are compatible with most iOS and Android smartphones.

Many off-brand fitness trackers don’t sync with Google Fit or other popular third-party mobile fitness apps, so this is a big plus for trackers that use VeryFitPro. 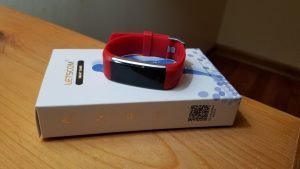 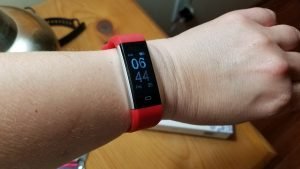 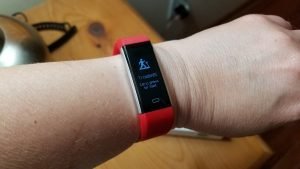 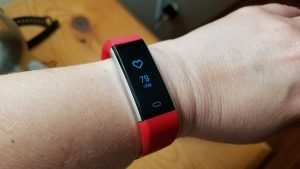 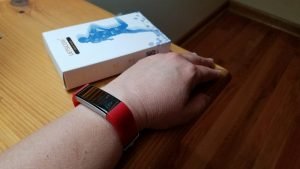 The menus are exactly the same.  The strap of the Letscom activity tracker is a little wider than the Lintelek and the Letscom is definitely a look-a-like of the Fitbit Alta HR™.

Below: the Letscom Fitness Tracker HR on Amazon

Below: The Lintelek Fitness Tracker on Amazon

The Lintelek, in my opinion, is a little sleeker looking in person and the more narrow strap is ideal for those with slender wrist or those looking for a more low-key fitness tracker that won’t look conspicuous on their wrist.  However, the Letscom would also fit that bill.

Both are lightweight and comfortable though I found the band of the Lintelek just a little more comfortable.

The lighting of the screens are a little different as well.  The Letscom has a more blueish tint to the white digital lettering while the Lintelek has more of a amber tint.

Both can kinda be seen outdoors but in bright sunlight you’ll probably have some difficultly reading the screen.  The Lintelek does appear to be a little bit brighter especially indoors.

The screen wakes when you tilt your wrist towards you and you can turn on/off this feature through the app.

The screens are operated by a touch sensitive sensor at the bottom of the screen and it’s very responsive.  Holding down on the touch sensor while on the steps screen brings up more data of your daily activities such as distance walked, active minutes, and calories burned during your activities.

To begin a workout, you just navigate to the one you would like to start on the watch and long press on the sensor and a 3-second timer starts before the workout begins recording.

How Did They Do During Various Activities?

For me, the Lintelek performed better on the treadmill and when my heart rate go close to and above 120 bpm.  The HR sensors of both watches appear to be very similar but there is a slightly different design to them and possibly the Lintelek just fits me better.

That was true for step tracking as well.  The Lintelek was more accurate by 2-3%, so not a major difference.

A note about step tracking:  Both won’t count the first 20-40 steps of your walk, so if you walk fewer than 20-40 steps at a time, they may note register any of those steps.  However, for walks longer than that, I found that they were about 90-95% accurate, so not the most accurate step tracking I’ve encountered but still good during your active time.

The reason why many fitness trackers don’t count those first few steps is to reduce the chance of registering false steps, like arm movements when you’re not actually walking.

And for sleep tracking both did a good job compared to the Fitbit Versa. As you can see from my typical lousy night of sleep below the Letscom did a good job tracking just how lousy it was!

For an entry level, multi-sport fitness tracker I can recommend either of these watches.  They’re good for those just wanting to keep track of their daily steps, resting heart rate, and lower intensity workouts.

If you’re more physically active and like to run or do more intense workouts, I’d point you to other fitness trackers I’ve reviewed that can handle a higher heart rate.  The P1, (Read my Review | View on Amazon) costs more but still very affordable, performed very well in my tests.  It also has a built-in GPS but certainly a more sporty look.

If you’re wanting to go with a name brand fitness tracker that is similar in size and style to the Lintelek and Letscom models I’d point you to the Garmin Vivosmart HR (View on Amazon) or the Fitbit Alta HR (View on Amazon).  Of course they costs more.

Another off-brand fitness tracker that you might want to take a look at too is the Kinbom Fitness Tracker (View on Amazon).  It’s sold under a variety of different names on Amazon but is rated IP-68 meaning you can shower and swim with it, while the Lintelek and Letscom trackers are rated IP-67 meaning they’re just splash resistant.  The Kinbom also has a color screen, temperature display, and also uses VeryFitPro as well for its’ mobile app.

Below are current prices of some of the options I just discussed.

Still, the Lintelek and the Letscom are two very good budget fitness trackers worth taking a look at and there are tons of reviews to read through on Amazon for both.

So, did one come out on top?  Not really but I had just a little bit better experience with the Lintelek for step tracking and the performance of the heart rate sensor was a tad bit better but not by a great deal.