Below are things that I tried to fix the intermittent Bluetooth connection and syncing issues I was having with the Versa early on.  I updated this as I tried new things.  Hopefully, one of these will help you if you’re having syncing/connection issues with your Versa

[Related Articles: Full Review of the Fitbit Versa | How to Sync Music to the Versa | Fitbit Versa vs. Samsung Gear Sport]

Below are steps the Fibit recommends and they might work for you depending upon what the issue is.  They only worked for me for a short while.  The fix above has kept my Versa connected and syncing properly.

To restart the Versa, hold in the left button and the bottom right button for about 10 seconds until the watch turns off and back on again.  Fitbit recommends doing this 3 times if you’re not able to sync the watch.  Sometimes it works but it hasn’t for me.

Turn off/on Bluetooth on your phone

Possibly just turning off Bluetooth for a while on your phone and then turning it back on again might reconnect the watch.  It’s worked for me once a while but today nothing seems to be working.

Remove the Device from the Fitbit App and your Bluetooth Settings

Another thing you can try is to remove the watch from the Fibit app and go into your phone’s Bluetooth settings and remove the Versa.  You can then re-pair the watch to the Fitbit app and Bluetooth.

With this, I got as far as the screen that prompted me to enter the numbers shown on the watch into the app (twice with two different numbers), so there had to be some kind of communication between the watch and phone but the app continued to show a spinning wheel trying to connect.

Doing this (turning off Wifi on my phone) finally got it to connect and sync.  I think there’s an issue with Wifi and the Versa and/or the Fitbit app because I can get the Versa to connect with Wifi turned off on my phone.  Also, the Fitbit app isn’t able to find any Wifi networks when I look for them through the app. I think this is also why I had so many problems getting the watch set up the first time.  It just couldn’t stay connected to my Wifi network or there is just some kind of communication problem.

Update:  The app was finally able to find my Wifi network and since then I haven’t had any syncing issues but I’m still not receiving notifications and I also get error messages saying that there’s no internet connection once in a while.  This error pops up whether I’m using Wifi or my phone service. Right now the app store just seems really slow.

It also seems to me that the Bluetooth connection for the Versa is very intermittent.  Even when it is syncing for me, when I’m using connected GPS with my phone during an activity like hiking, the connection is dropped frequently causing the GPS signal to be lost but it does reconnect at least using just Bluetooth.

Another Error “Unable to Connect to Versa”

May 2nd Update: After everything running smoothly for a couple days I was presented with this error again last night.  “Unable to connect to Versa.  Error connecting with Versa.  Please make sure your Fitbit is nearby and powered on and then please try again.”

The watch had been syncing and receiving notifications perfectly all day and then about 8 in the evening it stopped.  I tried all the suggestions above and none of them worked.  I did get it to sync after removing the Versa from my phone’s Bluetooth settings and removing the device from the Fitbit app and adding it back again but it still didn’t have a strong enough connection to update a clockface.

I had tried a clockface from a third-party that apparently had a 24-hour trial period and was left with that message on the watch and wanted to change the face back to a Fitbit clockface but the above error kept popping up.

I don’t think the third-party clockface had anything to do with the communication issues because it has done this to me when I was using one of Fitbit’s clockfaces too.

So, this morning I put the Versa on the charger and left the house with my phone for a while and came back and the Versa had updated the new clockface I had chosen the night before.  This has happened twice to me.

Apparently, the “fix” was putting the Versa on its’ charger and taking the phone out of range which is strange.

Obviously, there is some type of communication error that persists even after trying all of the suggestions Fitbit recommends to reconnect the Versa to your phone.

So if you’re coming across the “Unable to connect to Versa” error you can try:

I don’t know how long the phone needs to be turned off but I was gone about 20 minutes each time.

And to make matters worse, I’ve come down with a horrible cold and my dog left me because I’m not walking enough…

So yeah, off to a bit of a rocky start with the Versa but I’m still holding out hope that the bugs will get worked out soon. 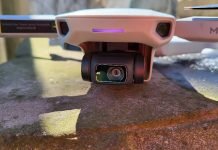 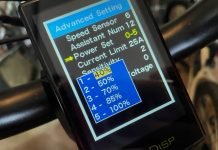 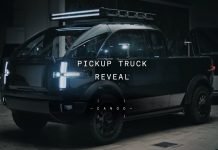