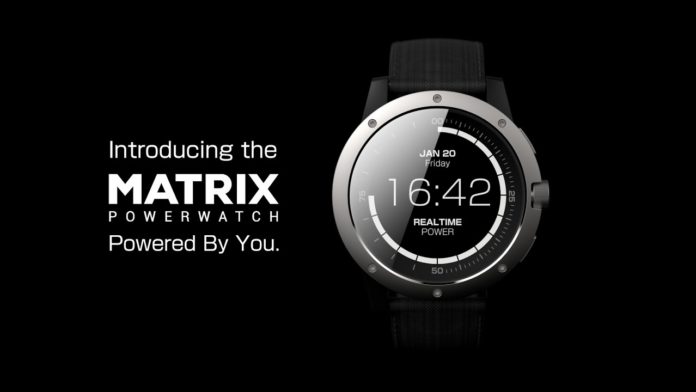 A while ago I wrote about two watches that were in the crowdfunding stage that promised to never need charging.  One is Sequent, which uses kinetic energy and the other is the Matrix PowerWatch that uses thermodynamics, heat produced by your body to charge it.  I’ve been keeping my eye on the PowerWatch and it is now in production, beginning slowly with a few units being produced at first and promising to be up to a manufacturing capability of 2,000 units a day by the end of November 2017.

While the watch itself is limited in functionality compared to full-featured fitness trackers, it promises to provide a more accurate way of calculating calorie burn.  This is the feature that interests me the most because nearly every fitness tracker I have used gives me an estimated calorie burn that is different.  They estimate calorie burn based off of a generic algorithm based upon my height, weight, age, and gender.  Some might also include accelerometer calculations to determine how hard I’m actually working out.

Heart rate isn’t the best way to determine calorie burn.  Yeah, it gives me a good idea of how hard I’m working out but not necessarily how many calories are truly being burned because some of us have lower heart rates and some higher.  A higher heart rate doesn’t always mean our bodies are burning more calories.  Generally, people with higher resting heart rates are less fit.  Sitting on a couch with a higher heart rate doesn’t mean we’re burning more calories throughout the day.  That’s why most trackers don’t figure heart rate into the equation.

So, theoretically a watch like the PowerWatch will come much closer to providing a clearer picture of how many calories are being burned throughout the day and during workouts.  As someone who is trying to maintain a sizeable weight loss, not an easy task, it’s important for me to know how many calories I can consume without gaining weight again.  We’re all different and I know from experience that using those generic calorie calculators don’t seem to pertain to me.  I have a feeling I burn less than others but I’m not sure.

With all that said I’m eager to try out the PowerWatch and I’m going to go for the cheapest model.  It is a large watch with a 46 mm diameter with limited functionality so probably one that I would mainly only wear during workouts but we’ll see.  It has to be as large as it is to capture enough energy to power it but Matrix is hoping to advance the technology and slim down future models, and of course add more features.

I will be doing a complete review of the watch, so stay tuned and sign up for the newsletter to be informed when the review is ready.