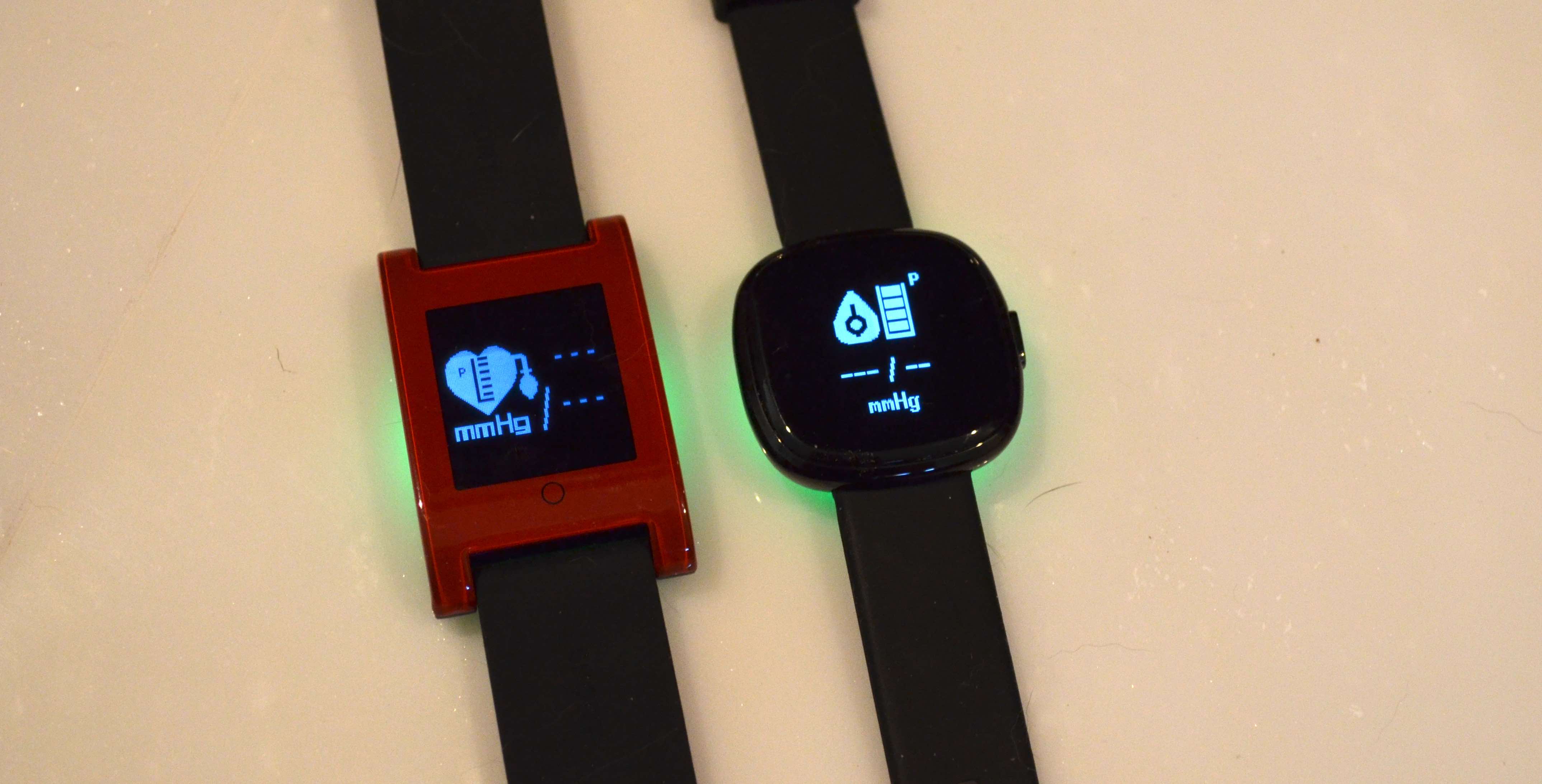 This review is of two watches that I have had for a few months.  I came across them on Amazon and was interested because they both claim to measure blood pressure within a small range of error and they both were inexpensive.

June 19, 2018 UPDATE:  Tom Tony has a new blood pressure watch and you may want to check it out the review. Read it here.

I think mainstream fitness watches will include blood pressure monitoring in the future but I have a feeling many American companies have shied away from including blood pressure monitoring due to the medical claims such a feature may suggest.  Fitbit has already been sued in the past for allegedly having inaccurate heart rate monitors but both of the watches in this review are Chinese brands and I suppose they are able to take the risk because they aren’t subject to the same legal realities American companies area.  That’s my guess anyway.  Actually, a lot of the more innovative and inexpensive smartwatches are coming from Chinese companies.

The watch below is the X-Cheng Fitness Tracker.  (Update 2/16/2018: No longer available on Amazon) I purchased it for $44.99 and it certainly resembles the Pebble 2 se in design.  It has a wider strap and would be ideal for small to large wrists.  It comes in either red or black. 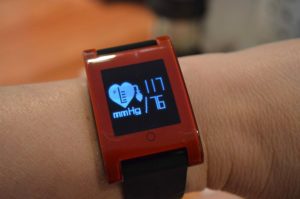 The other watch I purchased and tested was the Tom Tony (View on Amazon) fitness tracker.  It’s very similar in features as the X-Cheng watch.  In fact, they both use the same app.  The only difference is that the X-Cheng watch is only touch screen while the Tom Tony has a button on the side to select different screens and is also touch screen.  It’s also smaller and more ideal for smaller wrist.  I preferred wearing the Tom Tony because it was extremely comfortable and lightweight.  The X-Cheng is also lightweight but definitely more conspicuous on a smaller wrist. 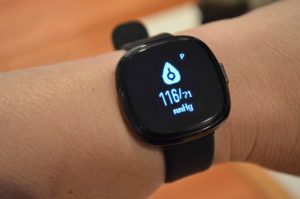 I tested both watches against an Omron wrist cuff heart rate monitor and compared results between all three several times.  Below are the results of 10 tests I did over 3 days.

As you can tell from the results above most of the readings were very similar between all three devices.  The Tom Tony consistently measured my diastolic (lower number) at 70 on almost every reading while the X-Cheng watch held it 75.  The Omron showed more variability which I think is probably more accurate but all of the readings were within a fairly small range of error.  It appears that the X-Cheng was the more accurate between the two.

I also compared the Tom Tony to the reading a nurse took at a recent doctor’s appointment and it was almost exactly the same.  Knowing my blood pressure from medical visits I know my diastolic number is usually in the 60s.  Unfortunately, I believe these watches are not able to accurately detect readings below 70 so if you have low blood pressure that you’re concerned about these watches wouldn’t work for you.

However, if you are concerned about high blood pressure they may be a good option to keep an eye on any changes.  I would highly recommend comparing the watch against medical grade equipment in a doctor’s office or clinic to ensure accuracy.  If you do have high blood pressure I would also recommend asking your doctor what blood pressure monitor he or she would recommend for home use if you are interested in keeping track of your blood pressure between appointments.  I wouldn’t recommend relying solely on either watch for medical purposes but they could be a good additional tool to alert you of changes or show improvements.

I’m really encouraged by the results I got from most of the tests that I did.  Both watches held up well for my needs.  Just assume that there’s probably at least a 5% margin of error either way but the technology is certainly promising and convenient.