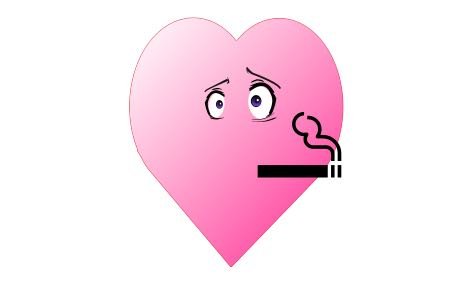 Way back in 1984, Tina Turner released on of her biggest hits, “What’s Love Got To Do With It?”  I remember it well because I was a young dopey teenager in love for the first time.  The premise of Tina Turner’s classic hit is that love is just a physical reaction.  It’s natural, like getting addicted to chocolate or feeling electricity flow through your body every time you stick your finger in a live light socket.  It’s just science and should we believe it’s much more than that?

I’ve often wondered if love is an addiction.  What parts of the brain are involved?  What chemicals?  Does love mirror other addictions?  Is my romantic love for another human being really all that different than my addiction to BBQ potato chips? Both have rewards and consequences.  Love risks breaking my heart.  BBQ potato chips risks giving me heart burn.

In, “Love and addiction: the devil is in the differences: a commentary on ‘The behavioral, anatomical and pharmacological parallels between social attachment, love and addiction'”, (Hostetler, C. & Ryabinin, A. 2012) the authors discuss published research that demonstrates that attachment to others and drug addiction both lead to “long-term changes in physiology and behavior, often utilizing the same neural substrates.”  However, they argue that attachment (loving someone) doesn’t meet the criteria for a mental disorder.  Uhm, they obviously haven’t read my diary from the 1980s.   They also differentiated attachment from drug addiction because one is far more beneficial than the other and embraced by society.  After all, pair bonding is important to the survival of our species, as it is in many species.  They also assert that strong relationships prevent addictive behavior and that love may be the best cure for addiction.  But isn’t that just replacing one addiction for another?

A few red flags popped up at me when considering their argument.  For one thing, love is not always socially acceptable and encouraged.  Parents may not approve of their children’s choice in a mate but try talking your teenage daughter out of being in love with your worst nightmare of a future son-in-law.  Wasted breath.  Love is also not always good for our mental health.  Ever had your heart broken and considered throwing yourself off a cliff?  Love doesn’t seem all that beneficial in those moments.  Furthermore, homosexual love isn’t embraced worldwide.  In fact, in some parts of the world, you might be executed for pair-bonding with a member of the same sex, even though homosexual partner attachment is no different than heterosexual partner attachment at the neuro-chemical level.  And what about if you fall in love with someone who’s married?  Not a socially acceptable Hallmark card for that!  Yet, it’s likely that the same neural processes are taking place inside of people’s brains, whether they are in a relationship that society embraces or not.   The same neural processes may be taking place when we’re addicted to a drug as well.  In other words, addiction is addiction.  Right?

In “Love and addiction: an uneasy marriage? A response to ‘The devil is in the differences'” it is asserted that differences in mental health between those experiencing “partner addiction” and those suffering from a drug addiction isn’t related to differences in the “neuro-chemistry” underlying the two addictions but rather societal responses to those addictions (Burkett J).  Differences in mental  health between drug addicts and partner addicts isn’t evidence that there’s any difference in the “underlying neuro-chemical pathways” contributing to addiction. Just because one is socially acceptable and one isn’t doesn’t mean that the same biological processes aren’t responsible for both types of addiction.

So, research seems to back up that yes, romantic, heart-fluttering, weak-in-the-knees love may be a lot like any other addiction.  So when you’re considering throwing yourself, or your ex, off a bridge after a breakup just remember that what you’re feeling is only neuro-chemical processes. It’s only physical.  You must ignore that it means more than that.

Burkett J. Love and addiction: an uneasy marriage? A response to ‘The devil is in the differences’. Psychopharmacology [serial online]. November 2012;224(1):31-32. Available from: Psychology and Behavioral Sciences Collection, Ipswich, MA. Accessed November 26, 2015.

Hostetler, C., & Ryabinin, A. (2012). Love and addiction: The devil is in the differences: A commentary on “the behavioral, anatomical and pharmacological parallels between social attachment, love and addiction”. Psychopharmacology, 224(1), 27-9.